webpack-bundle-analyzer is an awesome little program for understanding why and which parts of your bundled .js files are so big. It's a lot more advanced (and pretty) than source-map-explorer.

Thanks to this tip by @trevorwhealy you can now use webpack-bundle-analyzer on a create-react-app bundle. Yay!

Check out the report I made for the client side code of Songsear.ch: 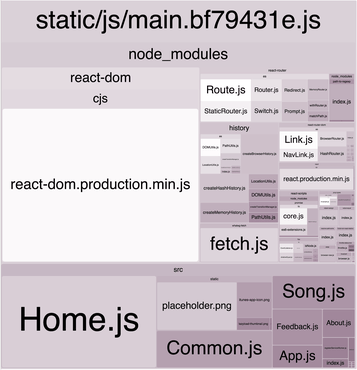 One thing I personally noticed from this is that the .png do take up quite a lot of kilobytes. And I'm quite that the whatwg-fetch polyfill uses 12KB before gzip.