Rummaging through an old box I found an old digital camera I bought in 2008, the Panasonic Lumix DMC-LX3. It was hot stuff when it came out and I loved it. So much lighter and smaller than my previous Nikon DSLR behemoth.

But how does this 7 year old camera compare to my iPhone 5S?? Without any scientific rigor I went to the park and took one picture with each "camera" (the iPhone is not really a camera, it just has a (good) camera).

Note! The thumbnails shown below are heavily optimized for web use. You have to click to see the original.

Here are the pictures taken with the Lumix: 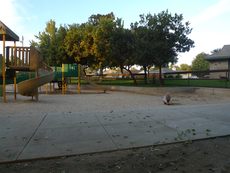 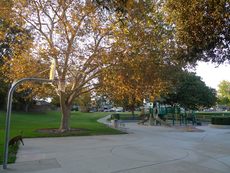 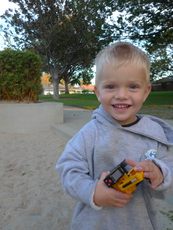 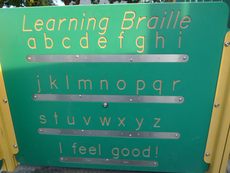 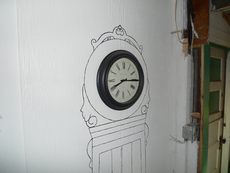 And here are the pictures taken with the iPhone 5S: 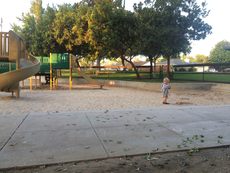 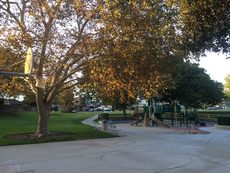 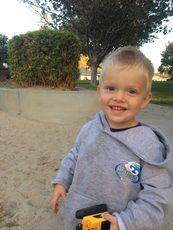 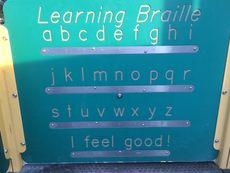 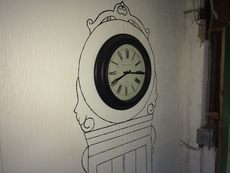 To compare, the best thing you can do is to open one of each so to say in separate tabs, or download, and zoom in and stare it down.

I don't know which is better. The Lumix weighs more and is bigger volume than the iPhone and it doesn't have a web browser, GPS or WiFi. So if the pictures are about the same, the iPhone wins.

What do you think? If we ignore the practical aspect of carrying the Lumix, which pictures do you prefer?

How I back up all my photos on S3 via Dropbox

First of all, Dropbox is awesome. When I plug in my iPhone to my laptop it automatically backs up all my photos to Dropbox fastly and conveniently. If I want to share a photo or a movie I can easily get a "Share link" to show friends and family.

The only disadvantage with Dropbox is that you only get 5Gb for free. Upgrading to the 100Gb Pro account is $10 per month. Not a massive amount but my inner geek uses that as an excuse to hack around it.

So, what I do is set up a S3 bucket. Let's call it camera-uploads-peterbe and then I use s3cmd to upload all the pictures by month. Like this:

I'm sure that by writing this here, people will write comments saying much better ways to do properly offside backups and I'm eager to hear that but for me S3 feels great. It's tools I'm very familiar with. It's a very established and mature business so it's unlikely to go away any time soon. It's secure and it's incredibly cheap because there's virtually no transfer of these files.

Also, I like how it's clearly explicit and simple. I don't have to worry about some obscure background app not working properly and me not noticing.

Let's see what the future holds. At the moment I'm just worrying about storing the files but it's a bit clunky to retrieve individual files.

Also, the reason I discovered that way because s3cmd stopped working with these strange [Errno 32] Broken pipe errors. Lots of others have suffered from this too. I verified my access key and secret but didn't feel like spending too much time trying to understand explicit policies on S3 puts.

Cycling across England on Orange Snapshot

I don't know who these guys are but I found their pictures on Orange Snapshot (Orange customers Twitter thing for posting pictures) and it appears that they're cycling across the country and documenting this by taking pictures and sticking them up on Twitter. I actually often check out Snapshot just to get a feeling what's going on in the country at the moment. It was great when the snow hit us.

Why is this important? Well, in these modern times it means that it's very easy to make a traveling photo documentary without a film crew or some obscure travel blog which forces you to write 1,000 words for every city you visit. Good work on you lads! Keep it up!

Here's probably one of the most innovative and clever shop signs I've seen. This is a picture I took when cycling home the other day on Rivington Street

I've now uploaded the photos from my latest holiday i Fuzhou, China.

Most of the photos are of kung fu training and that's because I didn't want to distance myself from the holiday too much by constantly being the the photographer. When we went training I lent the camera to our translator who at times got bored whilst we were just training and she loved to snap.

I've now uploaded a selection of photos from the Miami Vice party we had on Saturday.

For those who got the invite but didn't come: look what you missed! We even had a live performance gig in the house which was cool. Thank you those of you who did it.

The theme was Miami Vice and like those parties where people dress like the opposite sex, there was actually more options for the guys than the girls. I went for the mint-green t-shirt with extra padded shoulders in a grey jacket with rolled up sleeves.